What happens when you feel angry? You feel uneasy and disintegrated. Everything annoys you. You feel disinterested. Until you either find a way to communicate your anger or manage it sensibly in another way. Either that or you turn it inward until you explode. This could have lasting, long-term effects on your peace and mental and physical health.

When you are angry, your body gets flooded with cortisol, the stress hormone. Does your stomach feel upset when angry? Yeah, that’s the result of cortisol. Other than this, your heart rate and blood pressure increase when you feel angry. Your mind is on alert mode and hyperactive to any stimulation.

Could this be beneficial for your body? Of course not. These are only some of the negative effects of anger on your physical health. Anger has side effects on your mental health as well.

Continue reading to see the 7 most common ways in which anger affects the body.

Is Anger Bad for Your Overall Health?

Before we get into the negative effects of anger, let us first discuss the benefits of anger. See, anger is not all bad. There has to be a reason why anger exists, right? Turns out that anger has a huge part to play in our survival. It activates our “fight or flight” response when we sense potential danger.

Some of its other benefits include:

While the advantages of anger are significant, it is important to note that the negative effects of habitual anger are so destructive that they overshadow the positives.

A review of the literature on anger suggests a strong correlation between anger and experiencing heart diseases. People who are habitually angry are more likely to develop heart issues.

The result showed that the mean anger score was 9.02 ± 6.64 and the range was 0-32. The lowest level of general health quality was found in the area of social dysfunction. The result showed that anger is negatively correlated with psychological well-being. Now that we have established that anger has negative impacts on mental and physical health, we will discuss what they are in detail.

7 Ways Anger Can Affect Your Health

Similarly, research shows that Individuals who often expressed anger and behaved aggressively were shown to heal significantly slower than subjects who displayed more control over their anger.

2. Increases the Risk of Heart Attack

Anger increases the risk of heart attacks and other cardiac issues. A study shows that middle-aged men and women who have a proneness to anger as a personality trait are at significant risk for CHD morbidity. This was found to be the results, despite their biological and environmental risk factors.

Moreover, having chronic anger are 19% more likely to develop heart problems as compared to those who rarely experience these personality traits

Therefore, you must seek ways to control and vent your anger, as it does not only put others at the risk of hurt and abuse but also put your own life at risk. The research concluded by the Harvard Medical School states that most heart attacks happen within two hours of an angry outburst. So, remember that only you can save yourself.

3. Increases the Risk of a Stroke

The same study which states that most heart attacks happen within two hours of an angry outburst, states that an anger episode increases the risk of a stroke by more than threefold (by 3.62 times).

Nobody wants to have a stroke and risk their life. Beware, now that you know the risk attached to being angry. If you are a cardiovascular patient, you should be even more cautious of losing your temper.

A few minutes of anger results in the shortening of your lifetime? That sounds crazy! It does, but we wish were making this up. The truth is that the consequences of anger are dire.

When we get angry, most of us don’t even realize the extent to which it creates havoc in our bodies. The research found that men aged around 35 who said that they have a short temperament were more likely to be dead 35 years later. This study claims that the angriest 25% had a 1.57-fold increase in their risk of dying early compared to the calmest 25 percent.

Better try to be among the calmest 25 percent of the population if you don’t wish to die early!

Previous research has suggested that changes in mood can have short-term effects on the lungs. The fresh supply of oxygen is cut and you experience a shortening of breath.

In a long-term US Normative Aging Study, researchers found that higher levels of hostility were related to a faster rate of the natural decline in lung function. The study had a sample of 670 men between the ages of 45 and 86.

It was noted that apart from the normal deterioration in lung function, men who displayed more hostility experienced a faster and steeper decline in lung function than those who scored low in hostility levels.

The Diagnostic and Statistical Manual of Mental Disorders (DSM-5) does not list anger as one of the symptoms of depression, but it emphasizes that people suffering from major depressive disorder tend to live in a constant state of anger, frustration, and annoyance.

Therefore, we recommend that you ensure to make anger a visitor. Allow it to come over, but don’t let it stay, or else be prepared to bear the side effects of anger.

There are many studies that show the correlation between anger, stress, and other negative emotions with sleep disturbance, depression, anxiety, and other mental health conditions. A 2018 study done on a sample of 40 young participants show a significant relationship between trait anger and anxiety severity.

The findings proved that anger had a strong relationship with the physical symptoms of anxiety and harm avoidance. Again, all this points to one thing: don’t let anger control you. Anger is bad for your body. It weakens you without you even knowing.

How to Control Your Anger to Avoid Health Problems?

1. Recognize the Root Cause

The first key to overcoming your anger and saving yourself from anger’s physical side effects is recognizing and understanding the root causes of your anger. This requires you to sit with yourself and think. Go over your past behavior. What has made you angry? Is there a pattern? Perhaps your childhood and upbringing have contributed to feelings of anger and frustration. It is only after you recognize the cause, you can treat it from the root.

The next step to overcoming your anger is to learn effective strategies for dealing with stressful situations and difficult emotions. Seek help. Learn relaxation techniques, problem-solving skills, and assertiveness training.

It is also important to develop a support network of friends or family members who can provide guidance and understanding during times of anger. This can help you feel less alone and more capable of dealing with your anger in a healthy way.

When you feel Angry the next time. When you feel the tension rising inwards and outwards, walk away from the anger-causing person or situation. This way, you overcome the impulse of acting on your anger and doing something you would have regretted later. Come back to it later when you have cooled down and have better control of your emotions.

5. Enroll In An Online Management Course

You can, and you should seek professional guidance to help you overcome anger issues. If you have unsuccessfully tried to manage your anger problems, you can try taking an online Anger Management Course. Courses will help you learn and practice strategies and techniques to express anger in an acceptable and constructive manner.

Here are some of our most effective anger management courses: 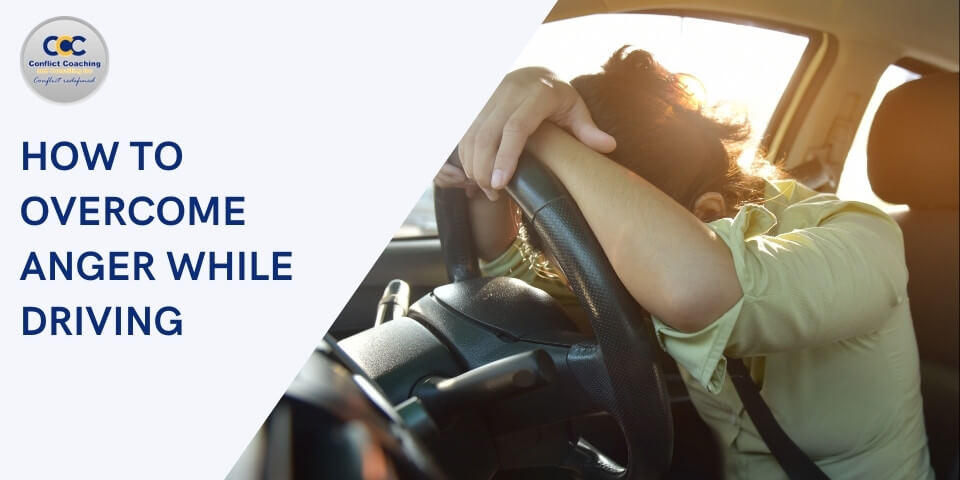 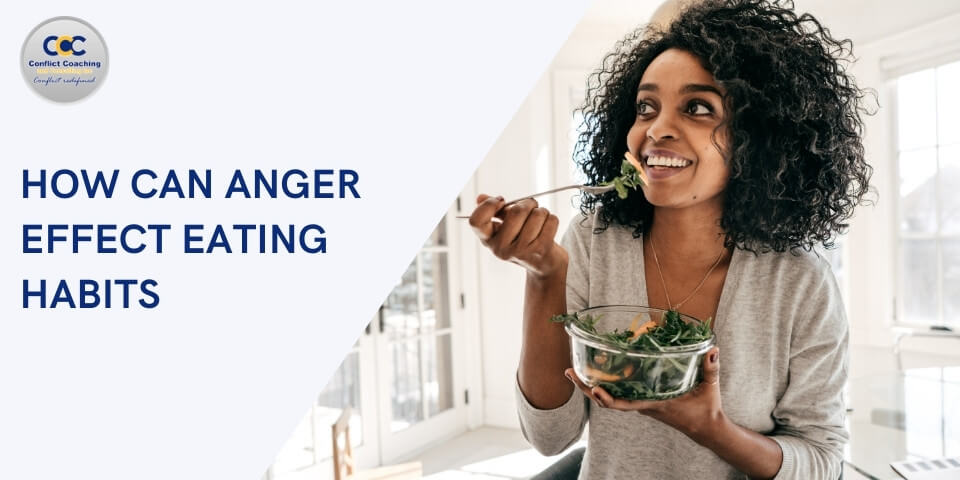 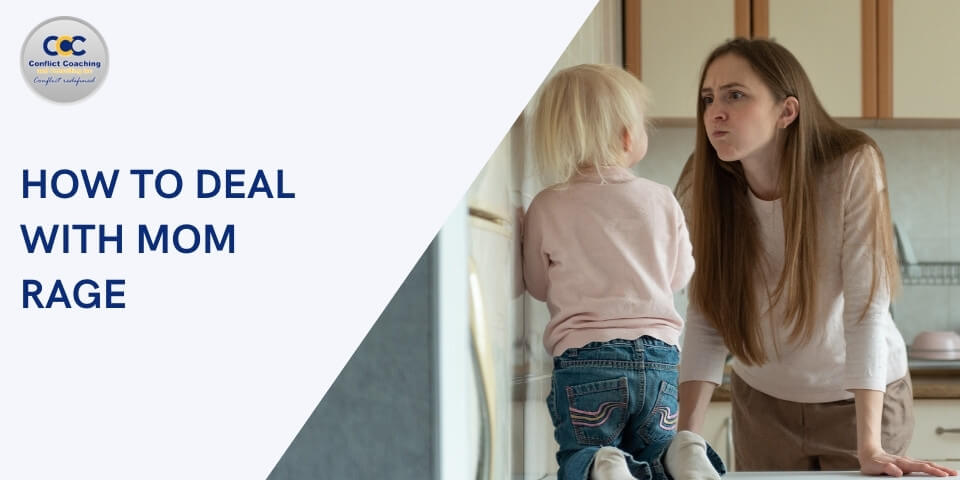 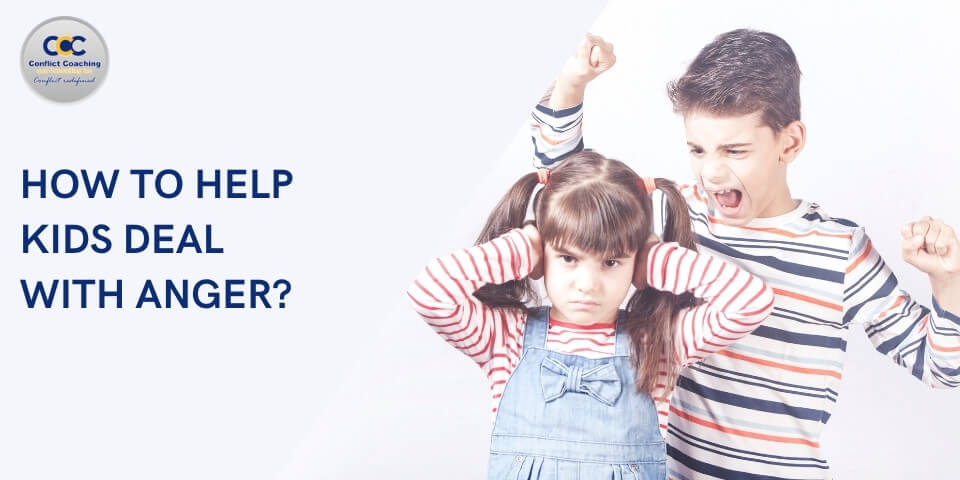 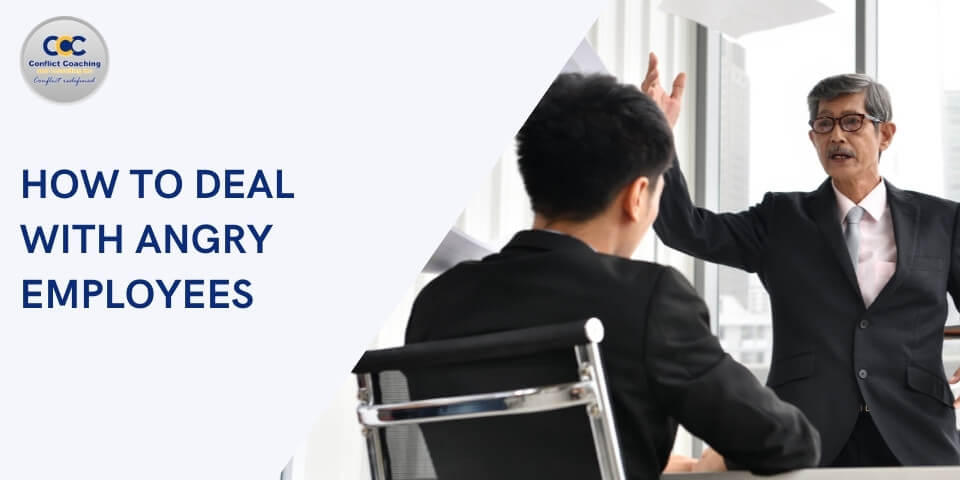 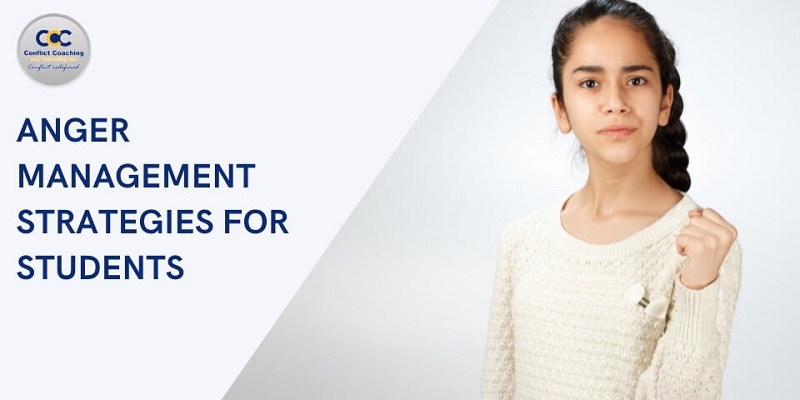